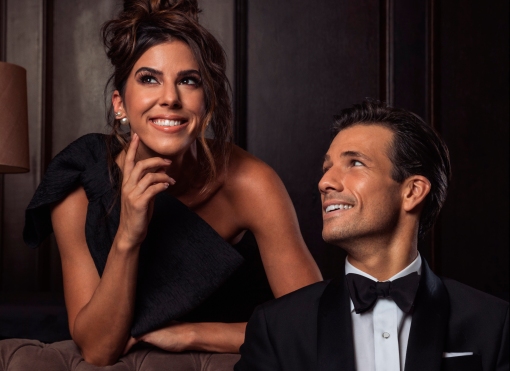 Producers have announced that Aimie Atkinson and Danny Mac will portray the timeless characters from one of the most popular love stories in film history. Directed and coreographed by Jerry Mitchell, the show premiered on Broadway last year and has also played in Germany and on tour across the US before its London opening.

She may not be walking down the street of Rodeo Drive, but she will definitely be the kind you want to meet in the West End. The same can be said about the charming millionaire no-one (and we mean no-one) in the right mind would let go. After a long thourough casting, Ambassador Theatre Group Productions, Paula Wagner, Nice Productions and LPO can finally announce the couple who will make us relive one of the most successful love stories in film history.

Aimie Atkinson and Danny Mac will star as Vivian and Edward from mid-February at the Picadilly Theatre. Currently performing in the West End, Mac is playing the role of Bob Wallace in White Christimas (Dominion Theatre). His other major credits include Joe Gillis in Sunset Boulevard and Nino in Amelie (national tours), as well Gabey in On The Town Regent’s Park Open Air Theatre and the West End productions of Wicked and Legally Blonde. As for Atkinson, she was recently nominated for a Olivier Award for her performance as part of the original cast in Six (Arts Theatre). Her previous theatre credits include Daniela in In the Heights (King’s Cross Theatre), Chloe in Never Forget – The Take That Musical and Luisa in Zorro The Musical (national tours).

“Their talent and undeniable charisma will take Pretty Woman: The Musical to new iconic heights”, says producer Paula Wagner. “When I met Aimie, I was completely captivated by her wit, warmth and dynamic presence. Danny, has all the great qualities of a leading man and will make the perfect Edward”. “Together, Aimie and Danny will make the West End production of Pretty Woman: The Musical sizzle”, adds director and coreographer Jerry Mitchell, “and with them we’ll all be falling in love again with Garry Marshall and JF Lawton’s romantic story”.

Pretty Woman: The Musical had its world premiere at Chicago’s Oriental Theatre in March 2018 before transferring to Broadway, where it ran at the Nederlander Theatre. With music and lyrics by Bryan Adams and Jim Vallance, the show has been seen in Hamburg and on tour across the US before having its West End debut.

The show will open in London in February 13th and its full cast will be announced soon. Tickets can be purchased on the following link.