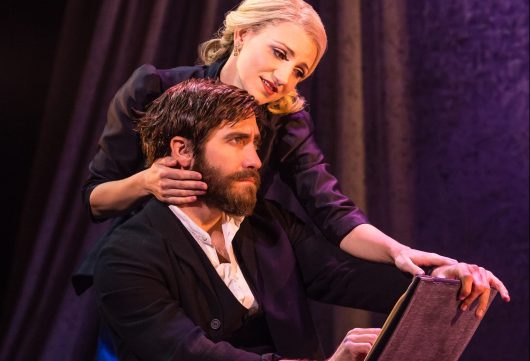 London’s Savoy Theatre will host the revival of one Sondheim’s biggest artistic achievements – with this venue as its third home after being performed at the New York City Center and Broadway’s Hudson Theater. Set to open next year, the production will feature a British cast and will run for a very limited season, which will take place from June to September.

It’s always a good time to bring back a great classic – especially when two renowned stars will be making it live again in the heart of the West End. And though we’d still have to wait a whole year until one of Sondheim’s biggest artistic achievements opens in London, the most passionate fans will be happy to know that tickets for this exclusive production (with a very limited-run) ara available for purchase from this very week. With its first preview performance planned for June 11th, 2020, Sunday In The Park With George is already aiming at its third destination, preceded by the 2016 New York City Center version, later followed by a sold-out run at the Hudson Theater on Broadway in 2017.

Set at the end of the XIX century, the plot centres around painter Georges Seurat (played by Gyllenhaal), during the months prior to the completion of his most famous painting – A Sunday Afternoon on the Island of La Grande Jatte. Consumed by his almost obsessive need to “finish the hat”, Seurat alienates the French bourgeoisie, spurns his fellow artists and neglects his own lover, Dot (played by Ashford) – not realising that his actions will still taking their consequences for the next 100 years.

“Performing Sunday in the Park with George with the brilliant Annaleigh Ashford was one of the greatest joys of my career», says Gyllenhaal. «I’ve also deeply missed the West End and so to be bringing Stephen Sondheim and James Lapine’s Pulitzer Prize-winning musical there alongside Annaleigh is both humbling and thrilling». Authors Sondheim and Lapine, on the other hand, have also spoken about this new production: «We are thrilled that a London audience will get to see the recent Broadway production of Sunday in the Park with George with Jake Gyllenhaal and Annaleigh Ashford reprising their extraordinary performances. We also look forward to seeing them joined by a terrific British company.»

Sunday in the Park With George will be performed at the Savoy Theatre until September 5th, 2020, with the official opening day still to be announced. The musical will be played Monday to Saturday at 7.30pm – Wednesday and Saturday matinees at 2.30pm. Tickets can be purchased from £25 on the following link or by calling 0844 871 7687.